Call Giorgio & Fabiane for further information or use the enquiry form below:
07872 309 360 | info@goldenbites.co.uk

Its not exactly clear who, how or when it was invented but according to the book Stories & Recipes, 'coxinhas' have been made since the 19th century. Nadir Cavazin says that the son of Isabel, Princess Imperial of Brazil (1846-1921) and Prince Gaston, Count of Eu, a child who lived in seclusion for having mental problems had a favorite dish, chicken, but only ate the thigh.

One day, not having enough thigh, the cook decided to turn a whole chicken into thighs, shredding it and making the filling for a flour dough shaped into a drumstick. The child endorsed the results.

Empress Teresa Cristina, when she was visiting him, could not resist the tasty delicacy; she liked it so much she requested that the master of the imperial kitchen learn how to prepare the snack.

Since then, 'coxinha' has been a model for the development and creation of other snacks and it has become one of the most eaten snacks/canapes in Brazil which can be found in almost every bar, pub, restaurant, hotel, bakery and etc 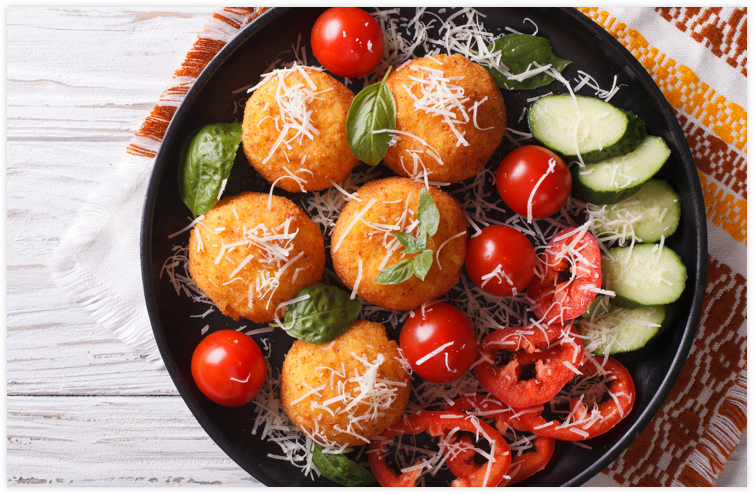 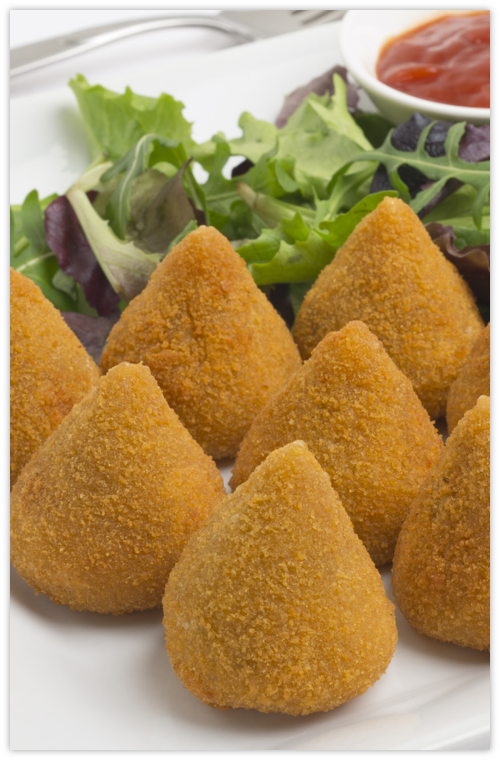 It was in 2015 in Sao Paulo, Brazil, that the idea of setting up a food production business started. Driven by the memories of childhood when I used to help my Mom and Grandma to prepare 'coxinhas' for our birthdays it didn't take long to realise the catering industry lacked suck tasteful snacks. In 2016 Golden Bites Ltd was born in Hertfordshire and we since then have been producing this amazing, tasty and quirky snacks and mini churros.

Giorgio has been working in the catering industry for almost 20 years. Walt Disney World, Harrods and Hakkasan are a few of the places he has worked for. Fabiane is a Flower Designer and Events Manager graduated at University of the Arts London. With almost 10 years of experience in the restaurant industry. Our goal is to bring our customers a great experience when they try our snacks whether in a pub or in a coffee shop we are sure theres something to all tastes. 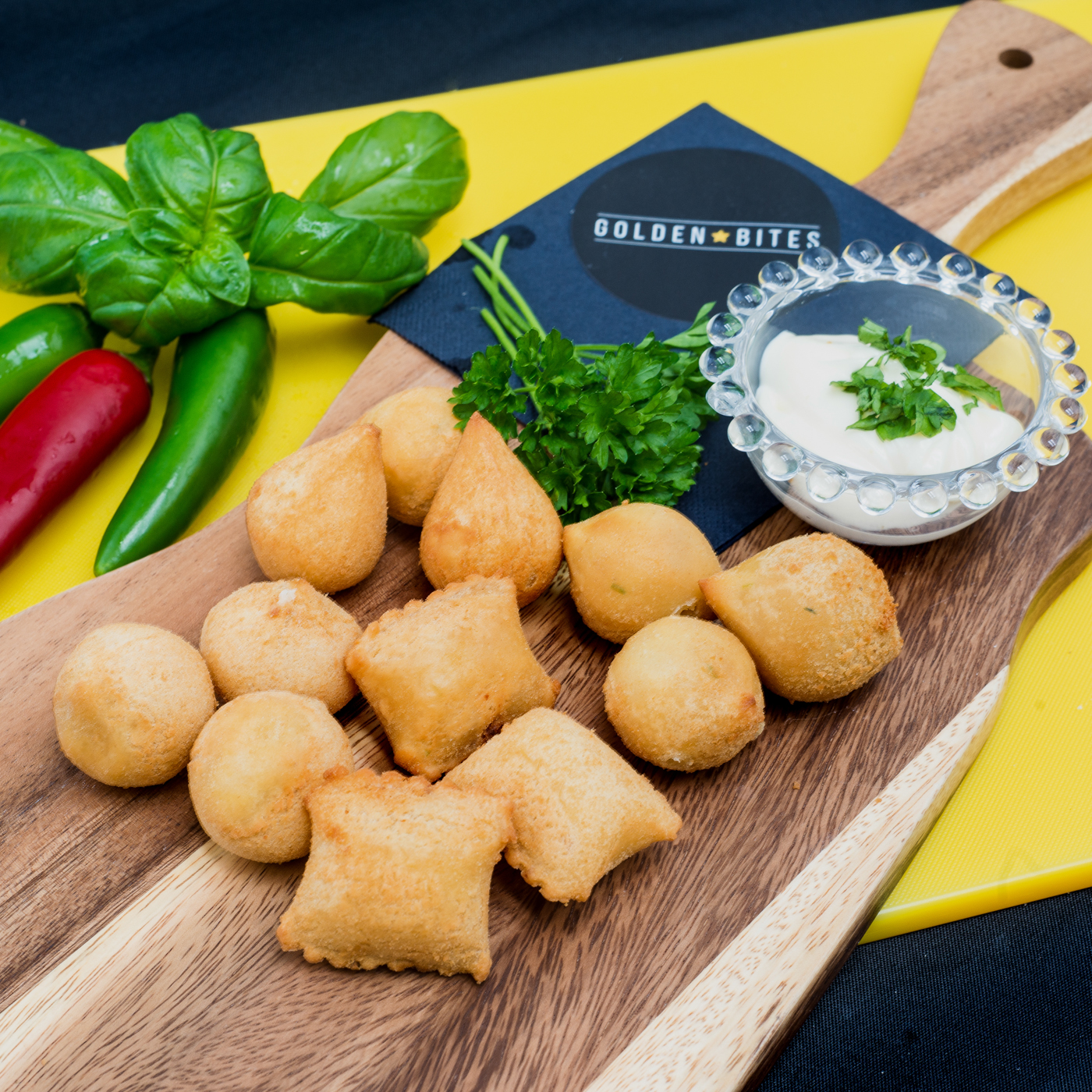 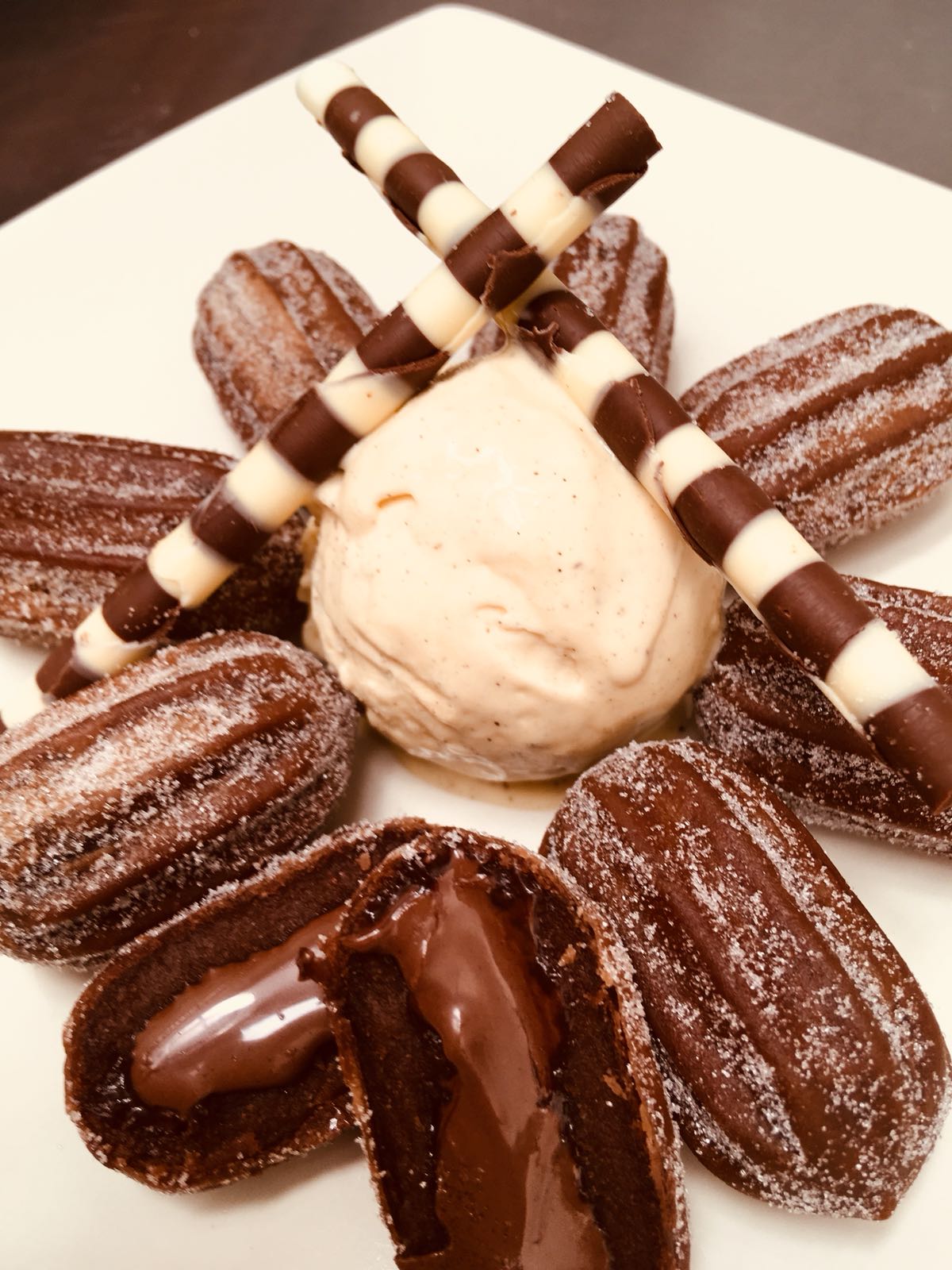 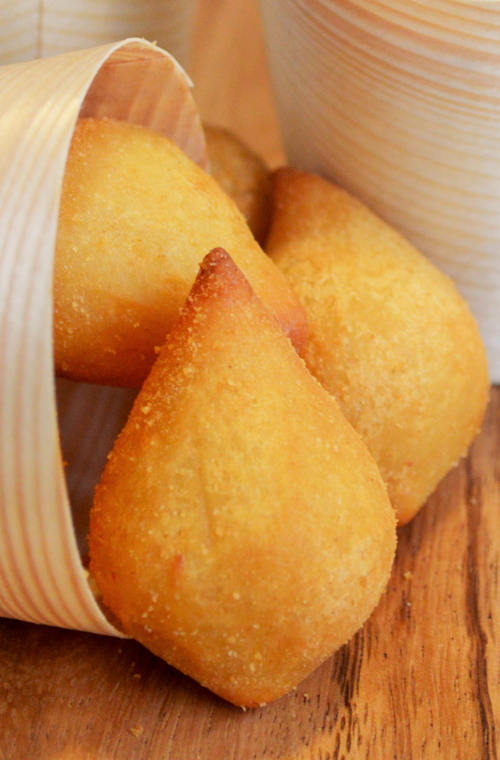 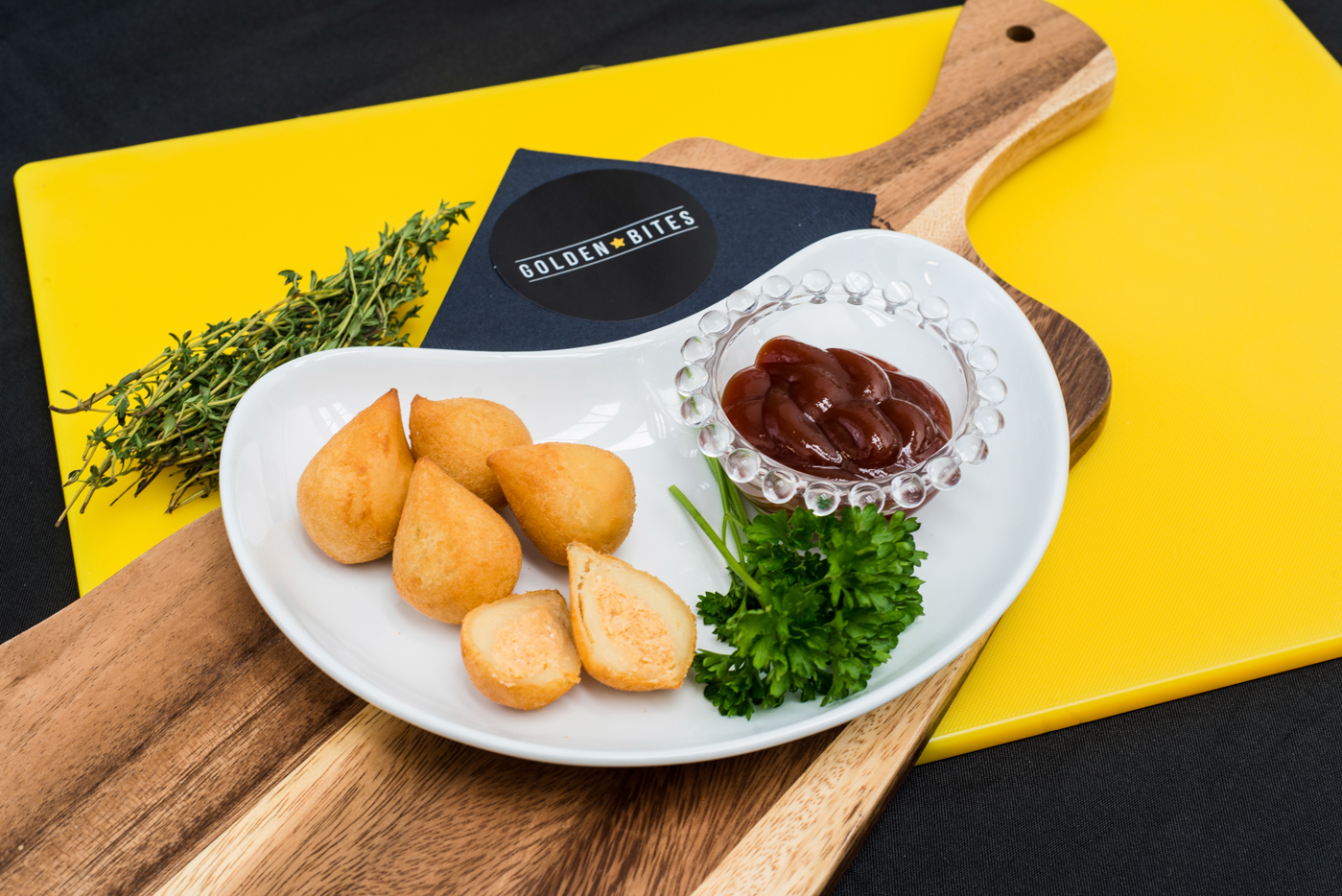 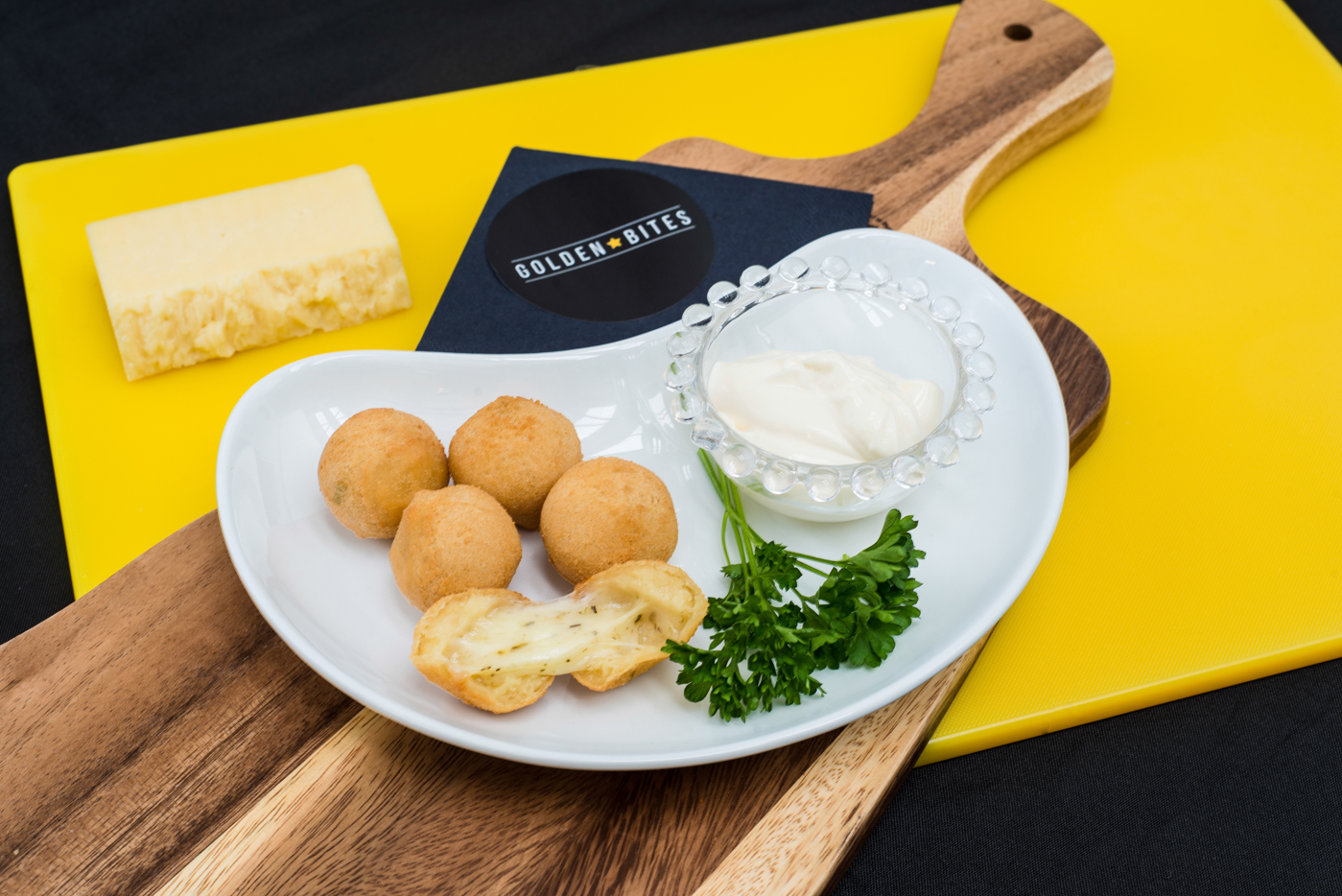 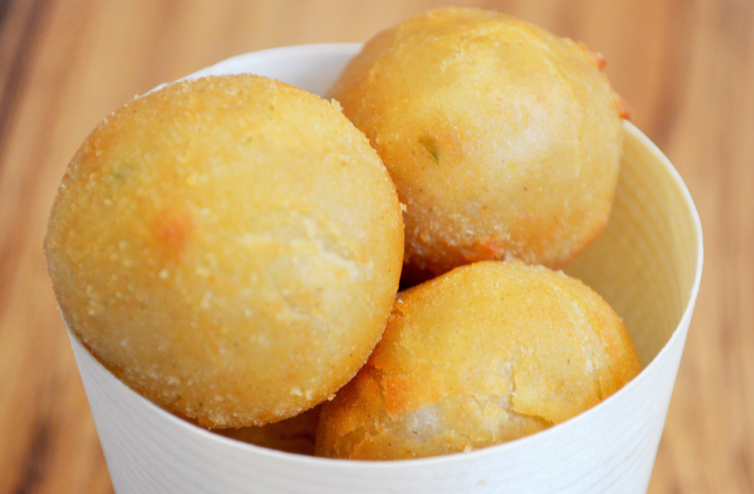 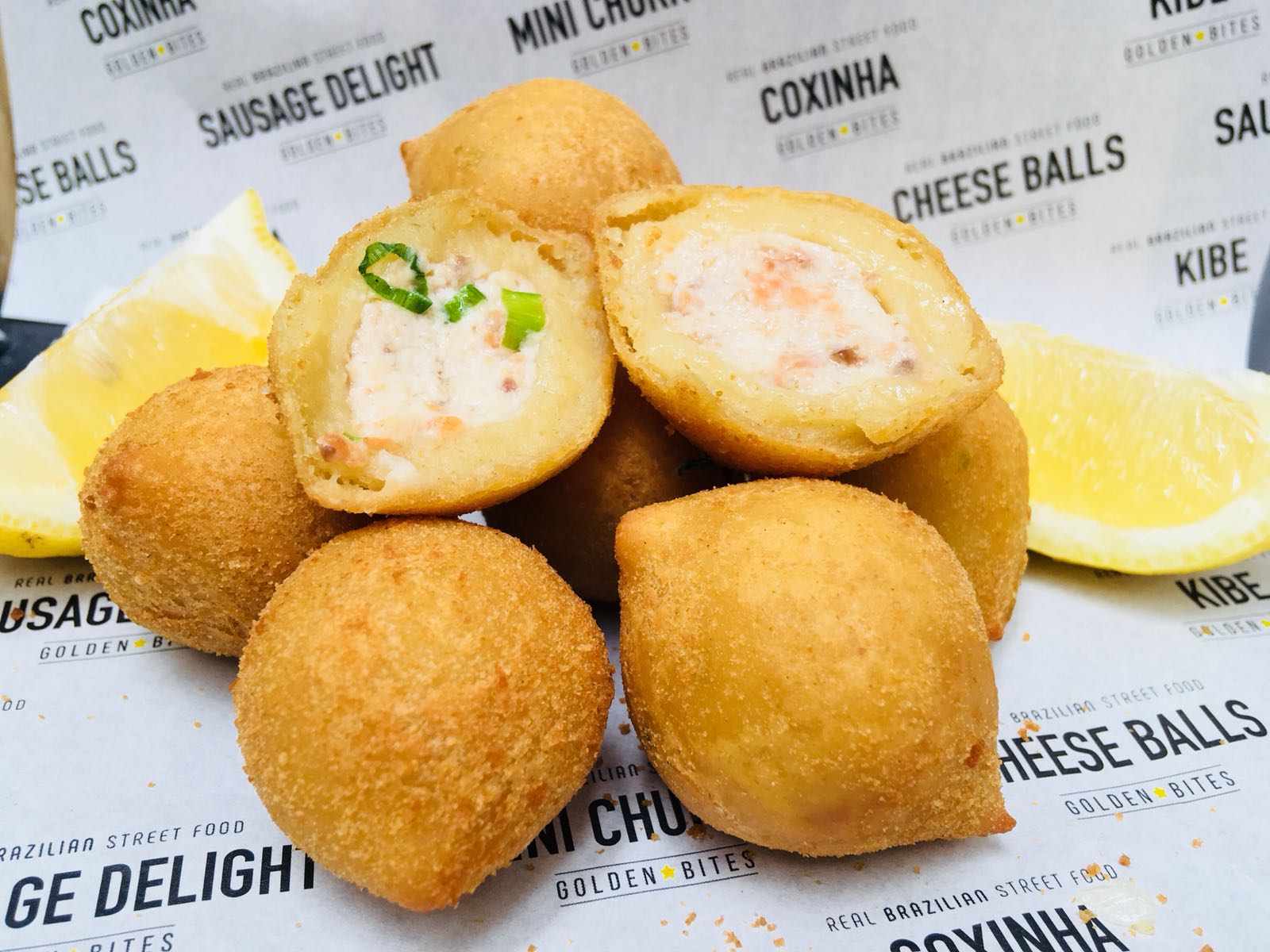 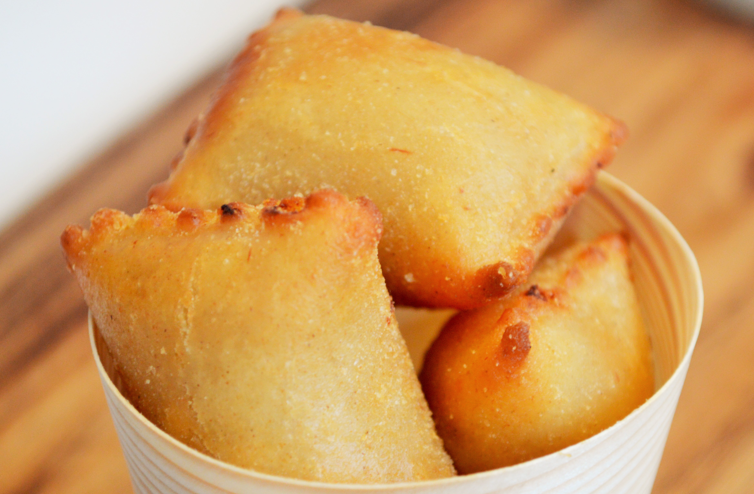 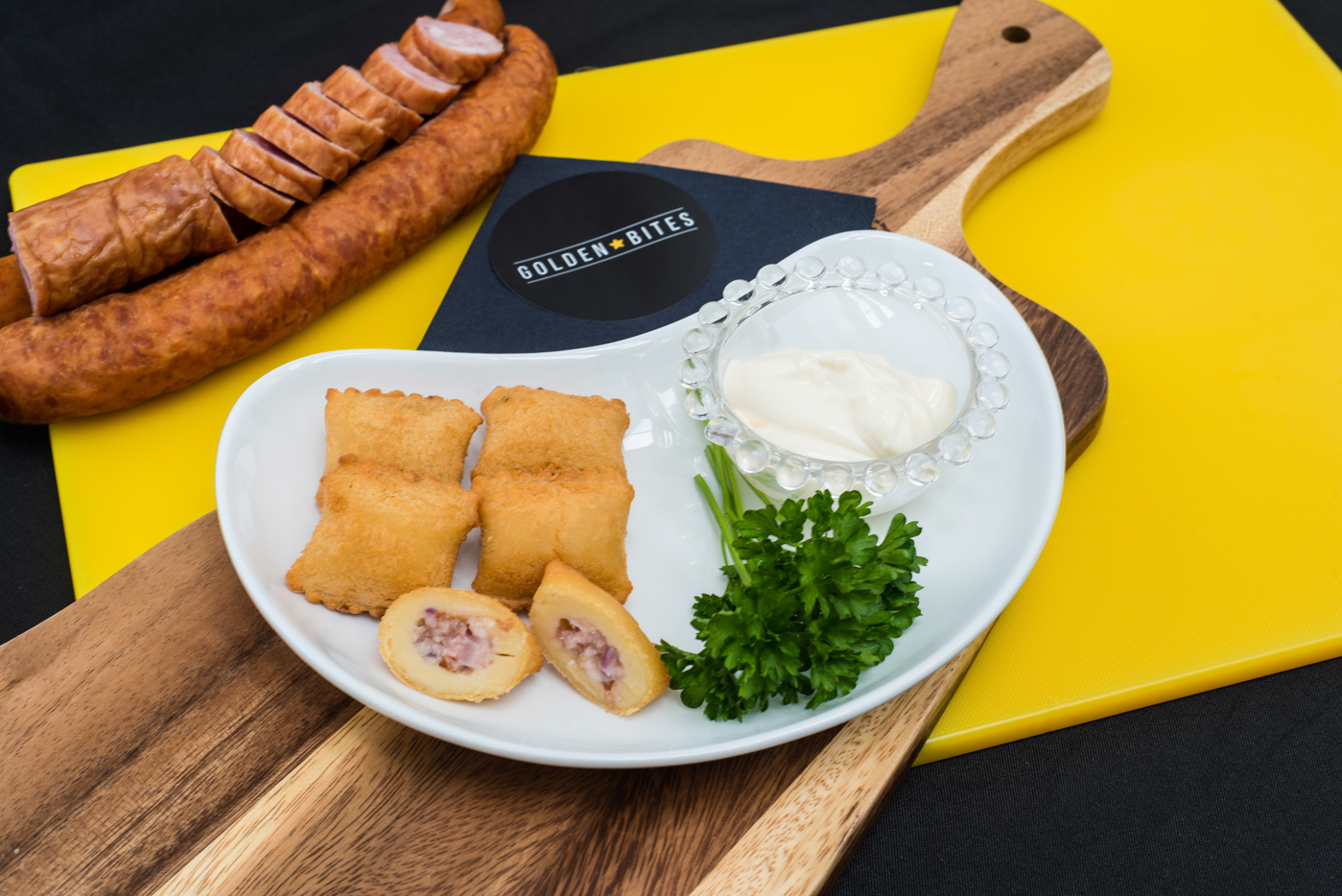 Our Kibe ( pronounced "kee-beh") is a twist version on the popular Lebanese snack called Kibbeh, made out of bulgur wheat( cracked wheat), meat and spices. 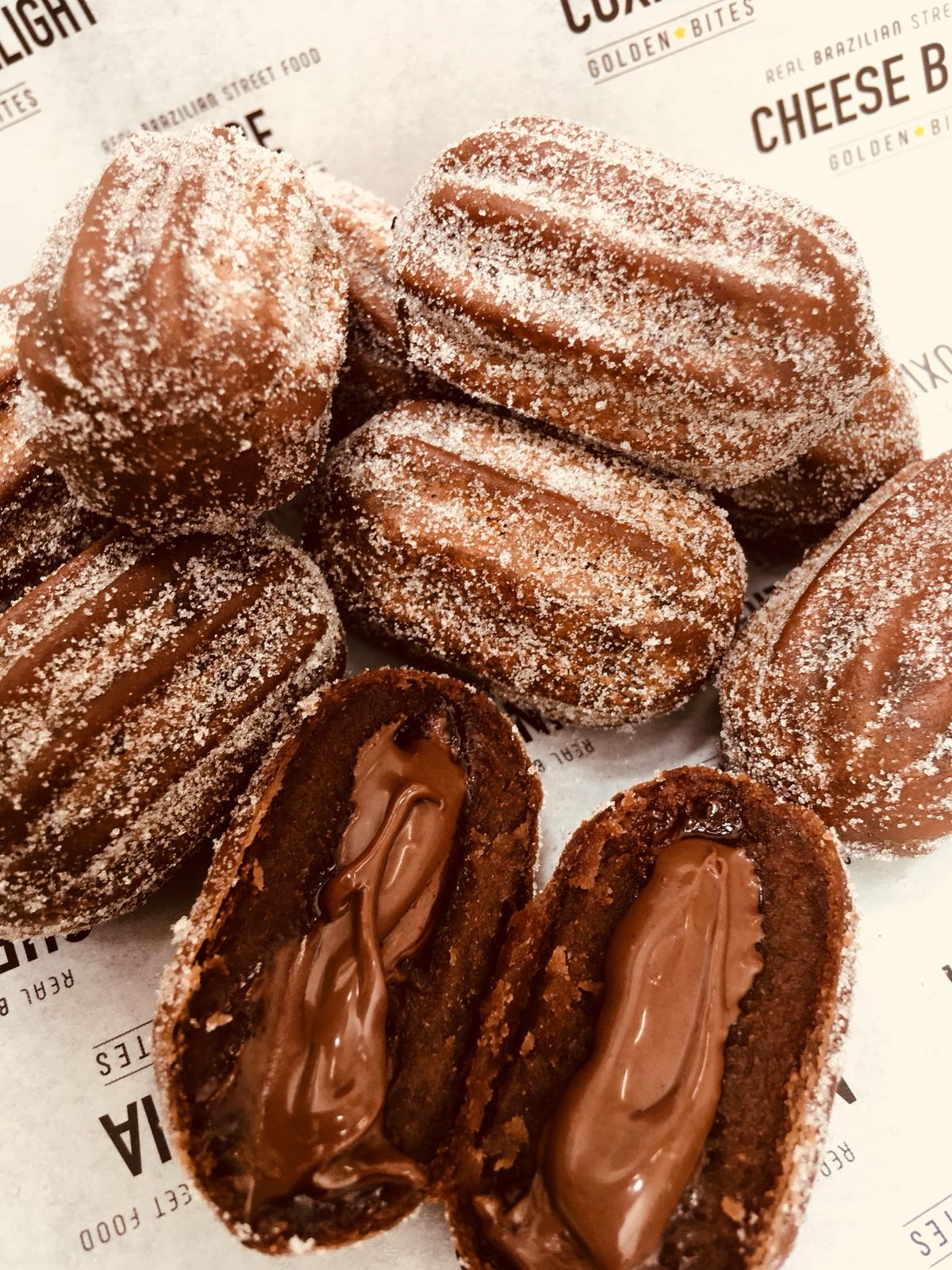 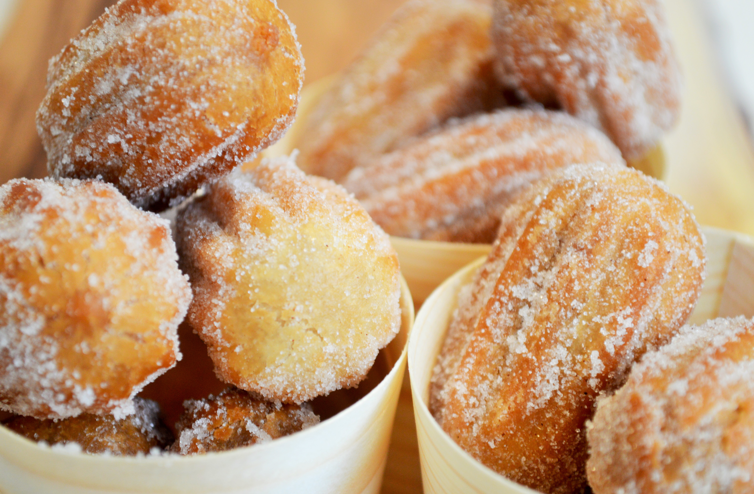 The first time I’ve ever tried a churros and these were absolutely amazing !!! Really well presented and I think fantastic value for money. Giorgio is such a lovely guy as we had a long chat about his business and what gave him the idea to experiment with the various flavours... I’ll definitely recommend him to anyone else I know that might be heading out to Portobello Rd market...so enjoyable to be able to try out these kinds of foreign delights!!!

Lovely Brazilian food, nice and fresh. Staff was brilliant, we didn't have to wait for our food, very friendly. I recommend it.

This is amazing taste!!! I had a chance to try “mini-churros”, “coxinhas”, “bolinha de queijo” it was nice, these were so nice!!! You should try these Brazilian’s taste!!!

We tried golden bites at Lee valley Christmas market, they were easy to eat whilst walking around and very very tasty!!

Easy to eat! I have never seen these kind of snacks!
Super delicious!! Well done.